Just two years and five days after the ribbon cutting that launched the opening of the Green Team’s Vernon office, a new ribbon cutting was held.   On Thursday, September 13, Green Team New Jersey Realty (“GTNJR”) celebrated the official opening of its new office building at 293 South Route 94, Vernon, New Jersey.  And the ample parking lot was perfect for the celebration that followed. 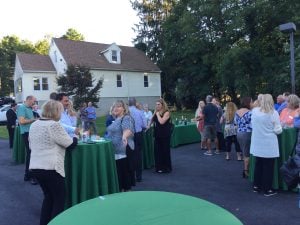 The Green Team Home Selling System, founded in 2005, is in the top ten of all brokerages in Orange County, New York.   When Geoffrey Green was approached by agents wanting to open an office in Vernon, New Jersey, it made perfect sense. Vernon was an underserved market, just across the border from Warwick, New York where the Green Team is based. However, even Geoff and equity partners Kim Lasalandra, Charles Nagy and Ted VanLaar couldn’t foresee the rapid growth of  Green Team New Jersey Realty.   For Charles, real estate has always been about people and making relationships.   It’s what he truly loves about the business.  However, his long term plans included retirement and relaxation.  Now Green Team New Jersey Realty and its rapid success has put all talks of retirement on hold.  There are new people to meet, new relationships to forge, and an exciting business to grow.

Utilizing the systems developed by Geoff Green, the Vernon office flourished.  At six months there were 8 sales associates. That number kept growing as agents learned about the Green Team’s core values, its unique training and mentoring programs, and its commitment to providing the best possible client service.

In 2017, six GTNJR sales associates were recognized by the New Jersey Association of Realtors for achievement and excellence in sales.  Considered among the most prestigious honors awarded to Realtors in the Garden State, the NJAR Circle of Excellence recognizes members who have excelled in the field of salesmanship.   Ann Nussberger achieved the Silver Level ($6.5 million and 20 units minimum or 70 units). Recipients of the Bronze award ($2.5 million and 15 units minimum or 30 units) were Barbara Tesa, Joyce Rogers, Charles Nagy, Keren Gonen and Theodore Van Laar.

As Geoff Green so eloquently put it, “Even though we’re here to celebrate the grand opening of the new building, it’s really a celebration of the people of the Green Team.” In less than two years, Green Team New Jersey Realty has become one of the top 20 real estate agencies in all of Sussex County and is one of the top five in Vernon.  Thus, with 18 Sales Associates and a new home, the sky’s the limit. Yes, the Green Team has good reason to celebrate. 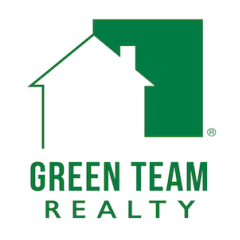