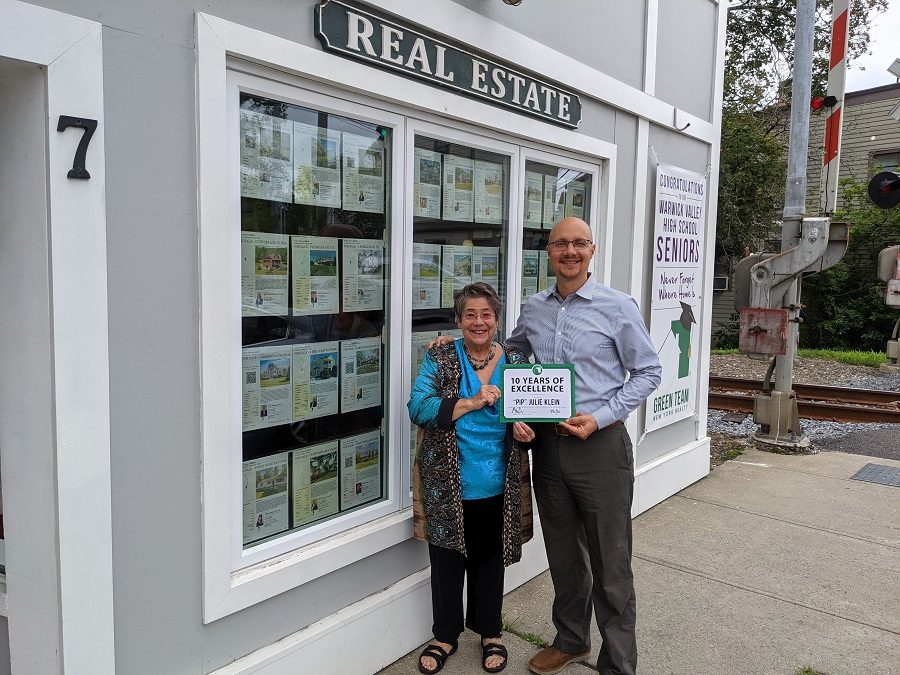 Congratulations to Pip Klein as she celebrates 10 years with the Green Team!

When Pip started at the Green Team as a part-time marketing consultant, she had not even considered real estate as a career. But Geoff Green encouraged her because he felt she had the personality, contacts  AND most importantly, her late parents’ home was on the market with another broker!!! “Get your license PIP,” she remembers him saying loudly. And so she did – a decision which she is very grateful that she made.  In addition, her techie son Ben was in high school at the time and also joined the team, working on redesigning the Green Team website. It was the right time for both Ben and Pip. Plus, it was fun for them to work together during those last years of his high school.

One of Pip’s original sales goals was to earn Captains Club status by reaching the $3 million mark. Pip got her license in May 2011, and she made Captains Club in 2015, 2016, 2017, and 2020. She made Presidents Club (for $5-$10 million in sales) in 2018. In addition, she was the 3rd Quarter Sales Leader for that year.  Pip achieved honorable mention (for sales of $1.5 to $3 million) in 2019. She found that once her business was up and running, it became easier to achieve goals.  Also, the market improved, providing the opportunity for more sales. She is also very proud of being named the Green Team’s first “Momentum Builder,” a new award in 2015 for achievements and helping inspire others. Pip’s goals have been consistent. Keep learning, growing, and enjoying the work. And, to make at least Captains Club every year!

Pip has found Green Team is truly a great “team” of people. Over her decade there, she has made valuable friendships with both agents and clients. Indeed, friends for life. 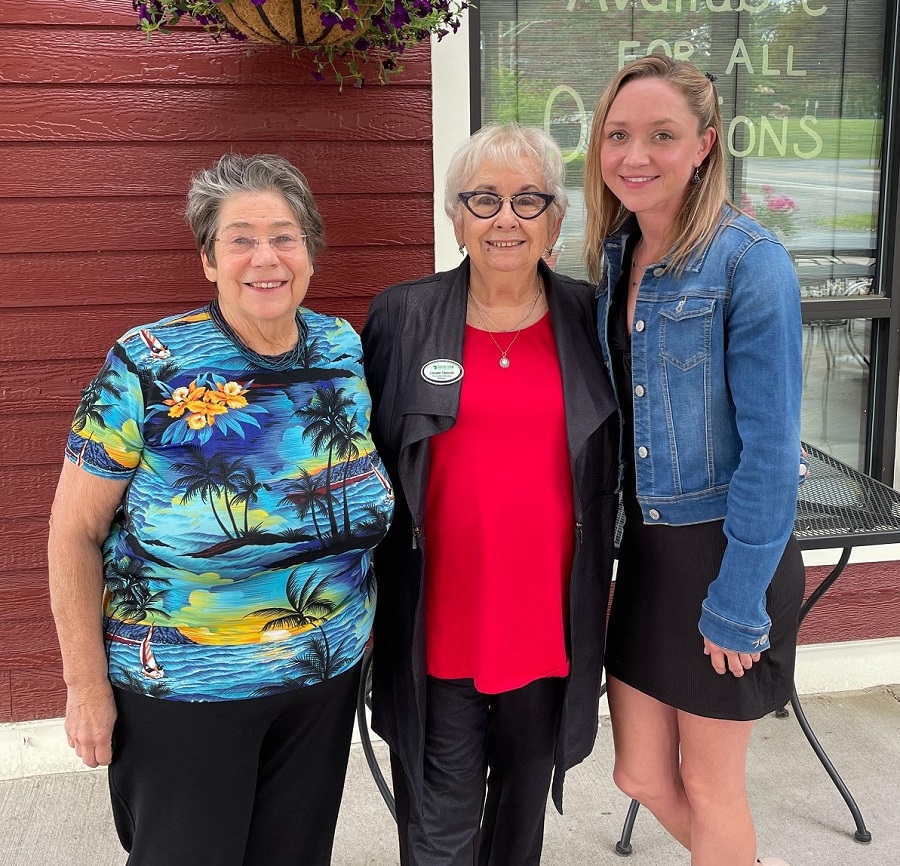 A few of Pip’s favorite (and least favorite) things

Pip likes connecting people to the right home. She calls it being a house matchmaker. Once she gets to know people, she can really get a sense of the type of house they want.  Pip and her husband Bob bought a unique home 30 years ago. It was a renovated onion barn! She also enjoys writing and hopes to continue with personal blogging about real estate. Pip’s least favorite thing?  When transactions become tangled in situations beyond control while everyone is waiting to close. That can be frustrating. Red tape, legal snafus, etc. can be difficult. You have to focus on the endpoint, which is closing.

Pip believes it has been a decade of accomplishments. Sometimes the smaller transactions are big victories as you help people buy or sell and make their next chapter easier to move on to. According to Pip, no one likes transition, and realtors are in the middle of that angst on all sides. They have to be calm and extend the best advice. Communication is key. She did have one memorable day in 2018. Three closings, $2.4 million volume in a day! That was a once-in-a-lifetime tsunami of good luck. What’s more, the commission hit her bank account on her birthday.

But of course, it’s not about the dollars. Truly, for Pip, it’s the culmination of hard work and getting things to the finish line. Her father always said, “Do what you enjoy, then you enjoy what you do.” Sage advice. He didn’t see his “work” as something separate. When you are a Realtor, you are living, breathing real estate all the time. And it doesn’t feel like “work” when you are truly happy with what you are doing.

Some sage advice from Pip

“Life is an adventure and you have to take risks!” Starting a new career at age 60 was challenge enough, but the best part was that she didn’t realize how much she would learn about herself and others. It really is the type of work that embraces a lot of different aspects of a “job.” Especially because Realtors deal so closely with people, most of whom they don’t know and never met. That keeps it fresh. According to Pip, it was sort of like having a baby in her 40s, which she did. It was a great learning experience and chock full of new friends and experiences. She has no regrets!

One of the biggest lessons that Pip has learned is to accept rejection. Not everything works out in your favor. Sometimes, you just don’t get the listing for whatever reason. Or the deal falls through. Don’t take it personally. Be yourself and carry on.

Pip has had many memorable experiences. One of her favorites is this:

“A family from NY was looking for their dream home/farm property. They had a very specific wish list, but I found 3 homes for them to see. The FIRST house was spectacular and everything they hoped for. The land, the extra house, and all redone – a great Victorian. While racing around the bottom level I noticed a painting on the wall. There was something familiar about it and I went up close to look. Yes, there it was – my mother’s signature – Phyllis Klein. This was a painting I had donated to a fundraiser years before and the owner of this house had purchased it. I turned to my new client and said, “Well, you simply have to buy this house. My mother’s painting is hanging on the wall!” They did!”